Looking for a list of the Most Popular Punjabi Singer? The Punjabi songs are appreciated all over the world. People are crazy for Punjabi songs due to their addictive tunes & cool beats. Whether it’s India, Canada, England, or any other nation, you can easily find lovers of Punjabi folks. You can easily refresh your mind in a pub, gym, car, or at work by listening to these songs. Even the singers of this region easily become popular due to their unique music, appealing music, & style sense. Moreover, you can find millions of videos on the Punjabi songs on Tik Tok, YouTube & Instagram reels. All this is making the Punjabi industry grow faster & Punjabi singers popular.

Now, which are the Top 10 Punjabi Singers? So, if you want to know then let’s start!

These singers maintain a high living cost, and some of the singers have already completed their debut in Bollywood and Punjabi Film Industry. Here’s our list of the top 10 Punjabi singers. 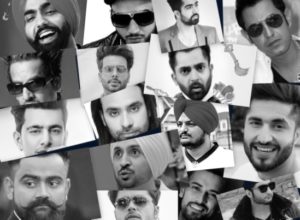 Sidhu Moose Wala is the No. 1 Punjabi Singer & has become a heartthrob in the Punjabi music industry at a very young age. He is based in Canada & started his career in lyrics writing. Because of his marvellous music sense, he became the most popular singer & actor. He has millions of fans who are crazy about hip hop, rapper, gangsta rap, & Punjabi songs. His most prominent songs include High, Tochan, Sohne Lagde, 295, Poison, & Jatt Da Muqabla, etc.

Undoubtedly, Karan Aujla is one of the best Punjabi singers and is now India’s biggest artist. This singer-songwriter is based in Khanna, Punjab has become India’s Biggest Digital Artist. This is possible because of his recent hit debut album BacThaFu*UP which is trending in about 20 countries worldwide. Karan Aujla’s success is remarkable in the Punjabi music industry.

Do you remember the songs of your childhood days Lak 28 Kudi Da, & Nach Diyan Alran Kuwariyan? Yes, those chartbusters songs are sung by Diljit Dosanjh. He is the most popular celebrity worldwide from Punjab, India. He has a dashing personality, humorous nature, & great acting & singing skills. Recently, he released the 12th album of his career call “MoonChiled Era” & the movie “Honsla Rakh” that have won millions of hearts.

B Praak received the National Award Play Back Singer of 2021 for the “Teri Mitti” song. His diverse singing skills can give meaning to love, emotions, & patriotism. He has provided momentum to many singers careers by composing top-quality music for their songs. His debut song as a singer “Mann Bharya” was a huge hit & still trending. His songs are melodious every time like Teri Mitti, Mann Bharya, & Filhaal, etc.

Lockdown of 2020 was a stardom period for Kaka. He is a famous & new Punjabi singer, music composer, & lyricist. The famous singer was born in 1995 & his birthplace is village Chadumajra, Patiala, Punjab, India. Kaka’s singing talent is extraordinary & soon he is going to become a big star in the Punjabi music industry. His sensational songs let him appear in the list of the Best Punjabi Singers Name. His popular songs include Keh Len De, Bholenath, Libaas, Aashiqe Purana, & Teeji Seat, & others.

Aditya Prateek Singh Sisodia aka Badshah is a popular Rapper, singer, & music producer. Youth is attracted to him because of his engaging rapping. His debut song was “Dj wale babu” was ranked number one within I-tunes charts within 24 hours of posting his videos on YouTube. He endures behind Taylor Swift & BTS on YouTube views. He also contributed to Bollywood movies like Humpty Sharma ki Dulhaniya, Kapoor & Sons, Bajrangi Bhaijaan, & Ae Dil Hai Mushkil. All stars are still dancing to his song “Bachpan ka Pyaar” & “Jugnu.”

Hardy Sandhu was a trained cricketer professionally but life had other plans for him. He is now a fantastic singer where his first solo album was Tequila Shot but he rose to fame after his songs “Soch” & “Joker” became all-time blockbusters. Hardy has exceptional singing skills, an attractive body, & excellent style sense. All of his songs like Kya Bat Ay, Naah, Backbone, Hornn Blow, & Yaar Na Milyaa were instant hits & gave him the limelight. Hardy has recently played a role in the movie “83” & his song “Bijli Bijli” is also a huge success.

Currently, Jass Manak is the rising sensation in the music industry of India. Jaspreet Singh Manak aka Jass Manak started his singing career in 2017 with his song ‘U-turn.’ So, he is a prominent & young Punjabi singer, music composer, lyricist, & professional model. His singing skills come into enlightenment from his popular songs like Prada, & Lehnga. Where his song “Lehnga” made the UK Asian Chart as well as the Global YouTube Weekly Chart. Some of his well-known songs are Dhoka, Hanju, U-Turn, Yaari, Without You, & Bentley Kali, & many more.

According to Chandigarh Times, Jassi Gill is the number 1 desirable man. Undoubtedly, he is one of the most popular Punjabi singer. Jassi Debuted from the song Batchmate in 2011. In acting, he made his debut with the movie titled Mr.& Mrs. 420. Then, Jassi started his acting career & gave an excellent performance in movies like Dildaariyan, Dil Vil Pyar Vyar, Mudeyan Toh Bachke Rahin & Sargi. For his remarkable acting in the Punjabi movie Mr. & Mrs. 420, Jassi received PTC Punjabi Filmfare Award for the Best Debut. His famous tracks are Lamborghini, Nikle Current, Guitar Sikhda, Bapu Zimidar, & Surma Kaala, & many more are ruling the heart of Punjabi music lovers.

Guru Randhawa is a popular singer & songwriter from Gurdaspur, Punjab, India. He topped the charts in 2020 & was tagged as YouTube’s most-streamed Indian Music Artists of the year. Randhawa also collaborated with American Rapper Pitbull in an album Slowly Slowly. Guru Randhawa is a power-pack artist with exceptional singing, acting skills, killer looks, & a smile. His most famous songs include Suit, Ban Ja Tu Meri Rani, High Rated Gabru, Made in India, & Nach meri Rani & many more.